Samantha Taylor (Miss Sam)
Miss Sam obtained her bachelor of learning Management in 2010 and the following year in 2011 Miss Sam commenced work at Calliope Kindergarten.
Prior to this Miss Sam had a background in the Early Childhood field as a kindergarten assistant for four years. During this time is where Miss Sam’s love of Early education began.

Amanda Griffith (Miss Amanda)
Miss Amanda‘s passion is working with children and helping them explore and grow. She has been employed in the Early Childhood field since 2002 and has worked in a variety of educational settings. As part of the local community, Amanda’s three children have attended Calliope Kindergarten and absolutely loved it. 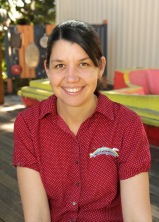 Leigh Gunter (Miss Leigh)
Miss Leigh is a registered Early Childhood Teacher. She has worked within both school and long daycare centres for the past 6 years. She is passionate about seeing young children grow their natural talents and abilities while developing gross and fine motor skills. She believes social and emotional development play a huge part in the success of any individual and so places great value in nurturing young children’s confidence and well being.

Janelle Pellegrinet (Miss Janelle)
Miss Janelle will be celebrated 30 years of Early education in 2017.  She has a  background as a Kindergarten assistant with experience in Family Day care, Long Day care, After school care, Prep and as Additional Needs Assistant . Miss Janelle has been working at Calliope since 2011. Miss Janelle holds a diploma of Children’s services and has three teenage children.

Amelia Dahtler (Miss Amelia)
Miss Amelia has a certificate three in children’s Services and is currently studying her Diploma. She has been employed for relief work at Calliope Kindergarten since 2014 and commenced permanent part-time work with the Blue Group in Term 4, 2017. She has two children who both attended Calliope Kindergarten. Miss Amelia has lived in the region now for 20 years. 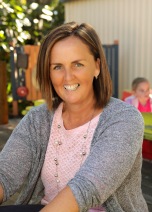 Miss Tracey has a Certificate III in Children’s Services. Miss Tracey works as an extra assistant with the Blue and Red Groups. Tracey’s six children have all attended Calliope Kindergarten and she has lived in the Calliope area for over 16 years.